This documentary was first screened in September 2015 at the Pakhuis de Zwijger in Amsterdam. I co-produced the film with film maker Sara Blom. It was financially supported by the Creative Industries Fund NL and the Democracy & Media Fund.

The documentary discusses the ambition to turn Amsterdam into a Smart City: a city in which smart technologies foster sustainability, safety and comfort and grant citizens more control over their surroundings. The film shows the making of this dream, and zooms in on the dilemmas of its realisation. It shows the lifeworlds of public-private organizations seeking to brand Amsterdam internationally as a Smart City; of citizens wanting to measure air quality around their homes, and of citizens who are not at all comfortable with ICTs. By zooming in on the contrasts and the shared experiences between these networks, the film calls for a broad discussion regarding power and displacement in our digital society.

The Future is Elsewhere 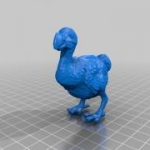 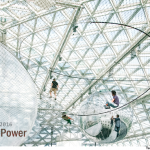