In June 2018 I received the Public Sociology Award, for my involvement in the public debate on the smart city. This award has been initiated by the Dutch Society for Social Scientists together with ‘Sociale Vraagstukken’, an online periodical for the public debate of urgent societal issues.

The jury writes in her report:

“The winner has elevated the debate on the digital society, and especially on the Smart City. She did so through academic publications, but especially by other means. She created an original, witty and yet profound documentary. She ventures into unexplored territories, asking questions that others don’t bother to think about. More importantly, she puts effort into foregrounding the perspectives of people whose opinion is normally not taken into account. She taught computer courses in neighbourhood centers and noticed how difficult it remains for many people to keep up with fast-paced technological developments. In the context of a debate that is predominantly conducted by experts, she involves these people actively and effectively. She does not think for people, but invites people to do so in their own ways.”

The jury report also mentions the the Gr1p Foundation:

“Our winner has also founded Gr1p, with the aim to promote democratization of our digital society.

The Foundation has grown into an international network of experts, activists and entrepreneurs, who are all inspired by the vision of a democratic digital society.” 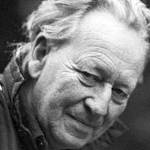 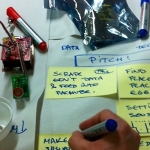 Safeguarding Stakeholdership in the Smart City
Scroll to top