This article is about a project that I studied ethnographically, in 2011 and 2012. The project invited activists, entrepreneurs, hackers, and others to collaboratively work on the Air Quality Egg: a small digital device with air toxicity sensors and a corresponding online platform to visualize the data it generates. As I studied the project I was intrigued by the many different, sometimes conflicting motivations and interests held by participants and participating organizations. On the one hand, the project was widely celebrated as a “best practice” example of citizen-led bottom-up Smart City making. At the same time, the project was sponsored by an American software company who “scaled up” the data-platform towards a full-blown for-profit service. Should this project be seen as yet another example of neoliberal cooptation of the commons-dream so entwined with the digital, or are other interpretations possible? Which practices, forms of imagination, discourses, and types of experiences enabled this collaboration against all odds?

Here is a summary of the article by the Public Culture chief editor Shamus Khan:

“Dorien Zandbergen shares findings from an ethnography conducted among participants in the Air Quality Egg project: an open-source smart city effort to develop a small digital device with air toxicity sensors and a corresponding online platform to visualize the data it generates. Zandbergen follows these actors through gatherings organized with the website Meetup.com, meetings that are attended by hobbyists, activists, and community organizers, as well as representatives of large technology corporations. At these gatherings, participants come together as much to build and tinker with the device itself as to debate and discuss the broader goals and meaning of the project. It is these contested goals that lead Zandbergen to consider the liminal status of the Air Quality Egg project, owing to its co-optation and commodification by corporate interests, as well as its inability to deliver on the group’s scientific ambitions. But rather than theorize the project as a failure, Zandbergen focuses on “the liminal imaginary of transformation as an ongoing, never-ending process,” which is precisely what allows the project to be sustained as a site of active, engaged, and mobilized social action.”

In search of the Smart Citizen: Republican and cybernetic citizenship in the... 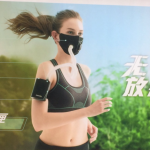 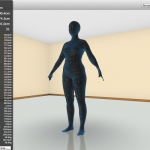 From data fetishism to quantifying selves: self-tracking practices and the other...
Scroll naar bovenzijde