With the Anthropology department of Leiden University as my home-base,  aided by a Fulbright Scholarship and hosted by Stanford University in California, I obtained my PhD in 2011 with a study of the ideological and technical roots of the Californian Information Society. While living and researching in the Bay Area, I talked with epic fore-mothers and fathers of the internet such as Douglas Engelbart; members of the 1970s Homebrew Computer Club; founder of the Whole Earth Catalog Stewart Brand; Ken Goffman (R.U.Sirius) founder of the ironic journal Mondo 2000, and with transhumanists and nano-tech scientists. I also got to know a psychedelic culture immersing itself in experimental science and technology projects. In 2005 and 2008 I also helped organize and build dance-focused camps at the Burning Man festival.

My dissertation was finished in 2010 and defended in May 2011. Its title is New Edge. Technology and Spirituality in the San Francisco Bay Area, you can download it here:  Dissertation_Zandbergen_updated

Virtual Illusions: What Psychedelics, the counter- culture and virtual technologies... 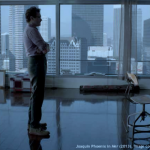 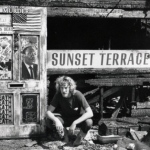