For the concluding event of a seminar on cybernetics I collaborated for six, intense weeks, with dra­maturg, sound artist and researcher Ricarda Franzen to produce “Cybernetics Performed”, a theatrical reading of the Macy Conferences on cybernetics (1946-1953). Historian Steve Heims described these conferences as “a moment when a new set of ideas impinged on the human sciences and began to transform some traditional fields of inquiry.” (Heims 1991).

David Gauthier came up with the initial idea, Ricarda Franzen directed the four actors and I provided input and counceling. We used the original transcripts of the Macy conferences. While the performance features a number of noted cyberneticians, conceptually it centers on the figure of Gregory Bateson as observed through the eyes of his daughter who would go on to write an ethnography of a 1968 conference.

The piece was performed once, on March 23, 2018 by Jono Freeman, Kaylee Spivey Good, Merel Eigenhuis and Alzbeta Tuckova.

The State of Cybernetics 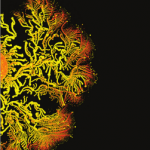 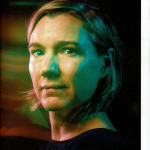